Plavsk–a small village in Russia. Most of us in the United States probably haven’t even heard of it. And if we have, we likely haven’t given much thought beyond a fleeting curiosity of the location due to our personal geographical knowledge, and then we would move on with our lives and forget. However God knows where Plavsk is, and He cares for every person living in that little village–people born, raised, or called to live there. Like the parable of the soils, so are the hearts of the people just as they are throughout the world. “He who has ears to hear, let him hear.” These are stories of seeds planted, nurtured, and flourishing… 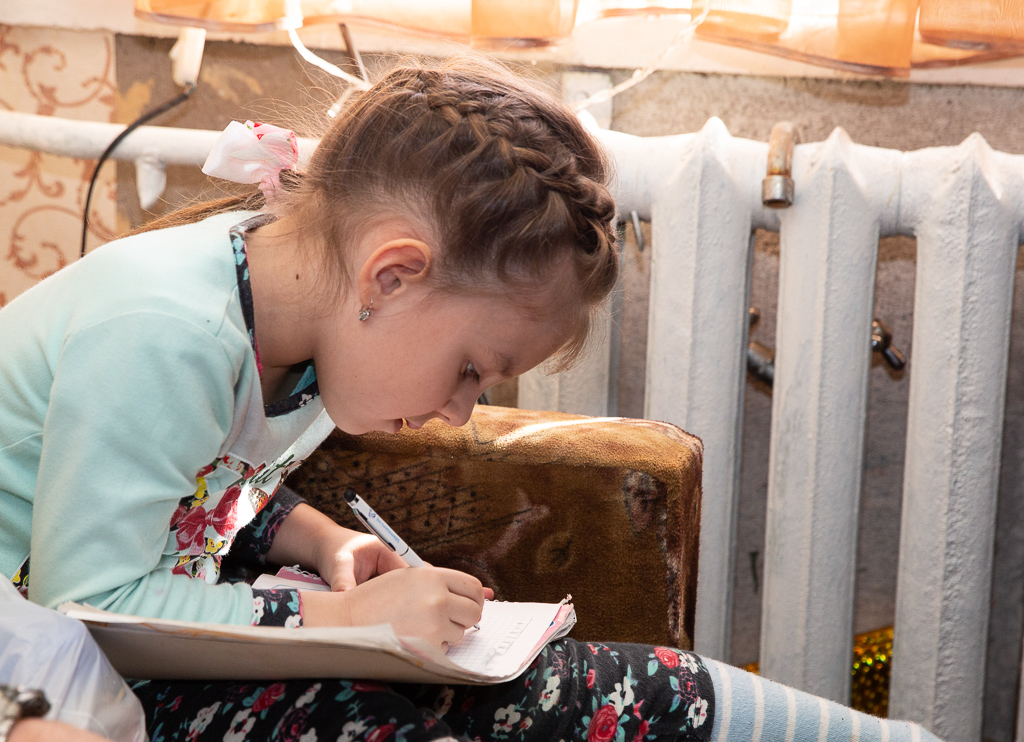 The field appeared barren when Helen, a volunteer from Bible Mission, first moved to Plavsk. She had followed God’s call to the little village in the Tula region south of Moscow, and when she arrived, the population of believers in the town would have registered only one—herself.

The field appeared barren when Helen, a volunteer from Bible Mission first moved to Plavsk. She had followed God’s call to the little village in the Tula region south of Moscow, and when she arrived the population of believers in the town would have registered only one—herself.

As daunting as that may sound, she gave herself wholeheartedly and trusted God day to day that He would do a work in the village. It started slowly—a prayer over her environment, a conversation with a neighbor, a testimony shared at work—till one day at the House of Culture where Helen served as director, the seed fell on good soil and one colleague almost immediately accepted Christ, joining her as a sister in the Lord. The believing population in Plavsk?…..two.

“And where two or more are gathered, the Lord is in their midst” (Matthew 18:19-20). Helen now met regularly with her new found sister to fellowship and pray for the woman’s daughter, asking God to intervene in her wild life. However, despite their prayers, the young woman continued further down the all too common path of drinking and promiscuity. She eventually landed herself in a civil ‘marriage’ with a baby on the way. And so Lisa entered the world born to parents who didn’t care. They handed her over to her grandmother and disappeared for months losing themselves in a state of perpetual drunkenness.

Helen’s friend now struggled as the sole provider and caretaker of her newborn granddaughter. Her husband had died and the widow’s pension she received could only stretch so far. Their future had begun to look bleak and it was then that friends from Bible Mission learned of the situation and stepped in to help support the little family. By this time a small community of believers had grown in the village and banding together, they not only joined Lisa’s grandmother in prayer, they also ministered to the baby’s parents. They testified about Christ and the forgiveness of sins and full satisfaction found in a life surrendered to Him. The ground was hard though and the seeds struggled to take root. Lisa’s mother rejected every attempt and remained distant not even wanting to see her baby however her partner responded differently. Maksim listened to the Gospel and wondered about it.

Sometimes God works in mysterious ways. He knew Maksim’s heart and He knew exactly what it would take to bring him to a place of acknowledging his need for a Savior—a rash or rather eczema. Normally this skin condition is curable with a good topical cream. In Maksim’s case, it progressed so quickly and became so severe, that doctors had no idea how to stop it. Coupled with the ill effects of drink, his health brought him to his knees. One night he went to Lisa’s grandmother and asked her to pray with him saying, “I can’t do this anymore.”

The seed had finally taken root in his heart and the page was turning. Maksim was shortly after sent to a rehabilitation center where he received medical as well as spiritual care. Eight months later he walked out a new man and God had begun a new chapter. He returned to his daughter who was now four years old and determined with God’s help to rebuild the broken family. Unfortunately Lisa’s mother no longer wanted a relationship with him. She had remained stubborn and closed to the Gospel, and had moved on to the next round of seeking satisfaction in her worldly life.

Maksim didn’t even know where to find her. The search was long; he didn’t give up and when he found her, he shared his testimony telling her of his new life in Christ and asking her to accept. She wanted nothing to do with it. She held back yet he persisted. God persisted and the hard soil of her heart began to soften till finally the seed took root in her as well and she accepted. Now together in Christ they registered for a real marriage, moved home with their daughter Lisa and their grandmother and began regularly attending church.

A destroyed family was beautifully restored. God answered Helen and her friend’s prayers and changed more lives in the process. Maksim has been preaching in their church and he and his wife were since blessed with the birth of a son. They are now looking to move to Krasnodar for a job opportunity and he is planning to study seminary.

And in case you were wondering, their daughter’s name, Lisa, means “God is satisfaction.” 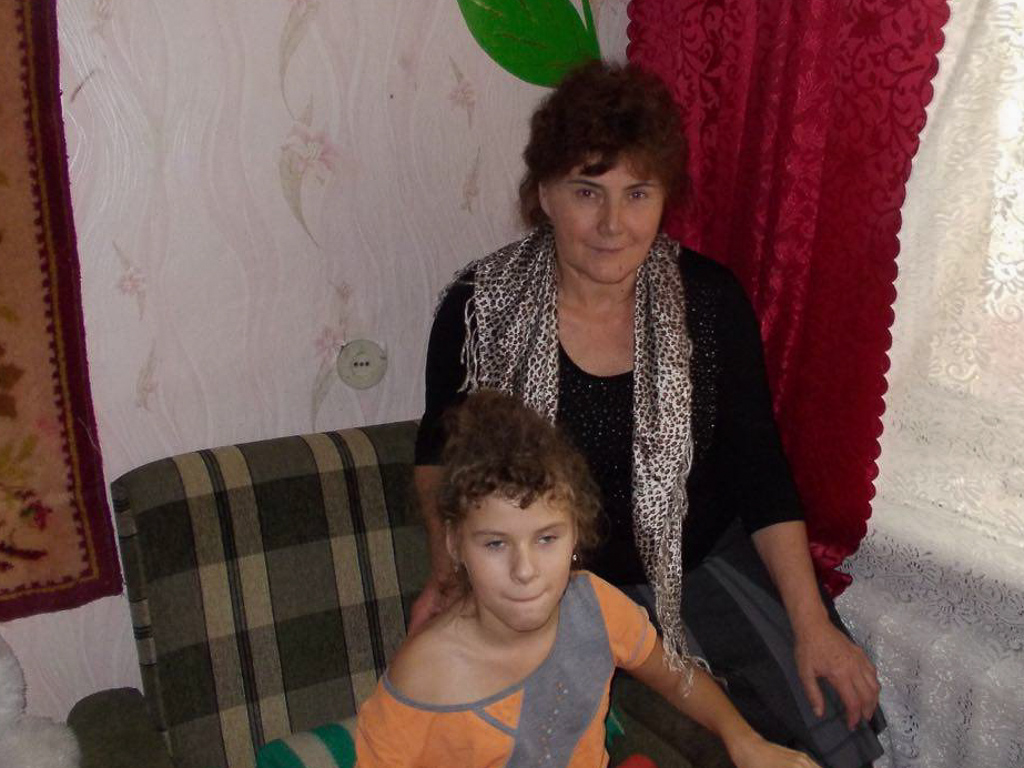 Paralyzed and silent–living without love, alone in the world and shunned–Vika was born with cerebral paralysis into an impoverished home in Plavsk. Her father left shortly after her birth, and her mother turned to alcohol to numb the pain.

Paralyzed and silent — living without love, alone in the world and shunned–Vika was born with cerebral paralysis into an impoverished home in Plavsk. Her father left shortly after her birth, and her mother turned to alcohol to numb the pain.

Year after year crept by for the girl living neglected in the silent stillness of her own body. She could neither speak nor could she care for herself, and all too often her mother and her friends spent the days drinking. Vika could only watch and sadly listen as her mother screamed in drunken anger that she hated her. It is situations like this that burn deep in our hearts begging the question of whether or not God even cares, or if life is destined to continue on with no respite or healing.

God does care. One day He led Helen and Alexander from Bible Mission to pay a visit to Vika’s home. Shock and sadness overcame them when they saw the level of neglect and poverty, and they knew they needed to help, starting with Vika’s medical condition. Cerebral paralysis can be treated effectively and they had contacted doctors who would be willing to perform the necessary procedures. However, they still needed parental consent, but the task of securing that from Vika’s perpetually inebriated mother stood obstinately in the way; so they prayed fervently.

At last she gave permission, and Vika was immediately sent to the hospital where she stayed through the duration of two surgeries. Afterwards Helen and her husband opened their home and welcomed Vika to live with them while she recovered. The little girl found herself surrounded with love and care for the first time in her life. Helen spent time teaching her how to speak, walk, and even how to laugh. The couple watched Vika transform into a healthy, happy child as joy filled her life.

And just as God cared for Vika, He did not neglect her mother. Helen and Alexander continued to pray for her salvation. Slowly, but surely, the seed found root and Vika’s mother listened to the call of God in her heart. She repented and stepped from the paralyzing darkness of her sinful life into the newness of a relationship with the Lord. Today, Vika, who’s full name is Victoria, lives with her mother who now loves her dearly and together they live in Christ whose love is beyond compare.

Where Can I Help?

If you would like to learn how you can join us in making a life changing difference please visit our ministry page and feel free to call or write us if you have any questions.

The following text will be sent to our editors: